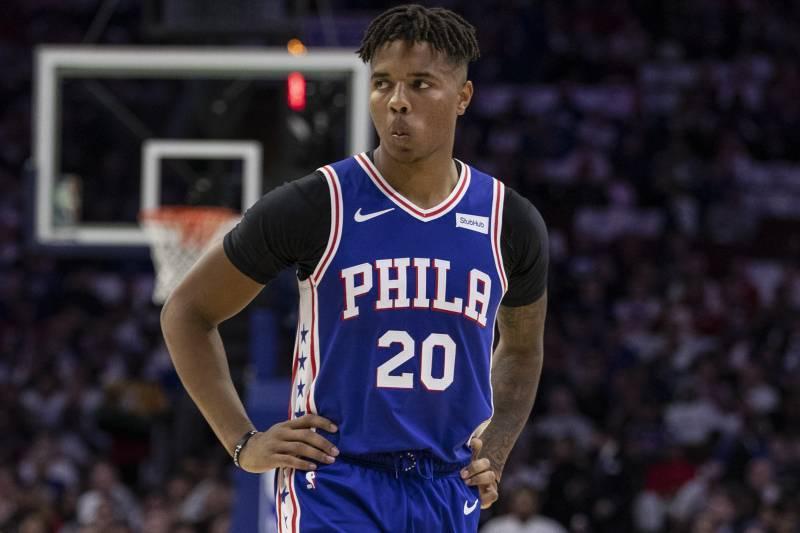 "Markelle has been diagnosed with neurogenic thoracic outlet syndrome, a physical injury," Brothers said. "TOS affects nerves between the neck and shoulder resulting in abnormal functional movement and range of motion, thus severely limiting Markelle's ability to shoot a basketball. TOS is treatable by physical therapy."

"People were saying it was a mental problem and it is not," Brothers added, per Wojnarowski. "There's no way you're the No. 1 pick in the world and all of a sudden you aren't able to consistently raise your arms to shoot. ... Something is physically wrong. Now we have the answer to that problem."

Fultz is set to begin physical therapy and will be out indefinitely, "likely weeks," per Shams Charania of Stadium and The Athletic. Wojnarowski added Fultz could return in 3-6 weeks.

The Sixers confirmed the TOS diagnosis and stated "further updates will be provided as appropriate."

Charania added Fultz has traveled to see specialists throughout the country and provided more details about the recovery plan: 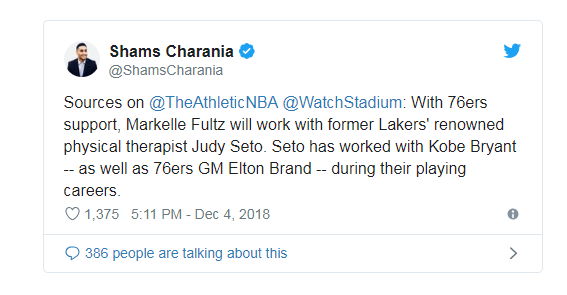 Fultz has missed Philly's last six games while receiving medical opinions on his right shoulder, which limited him to 14 regular-season appearances as a rookie last year.

The 20-year-old Maryland native averaged 8.2 points, 3.7 rebounds and 3.1 assists while shooting only 41.9 percent overall and 28.6 percent from three-point range in 19 games this season. During his one season in college with the Washington Huskies, Fultz shot 41.3 percent from deep.

His shooting woes led him to test out a few curious tactics, including juggling the ball at the free-throw line, in an effort to break out of the slump:

Last week, Woj reported Fultz's Sixers teammates had become "increasingly concerned about his overall well-being" amid the "internal and external debate about how much of this perplexing circumstance is physical versus mental."

Meanwhile, Keith Pompey of the Philadelphia Inquirer reported sources believe the 76ers have grown "tired of this saga" and have considered trading the first overall pick of the 2017 draft.

The Sixers will likely have to put those plans on hold until Fultz finishes his rehab and returns to the floor, though.